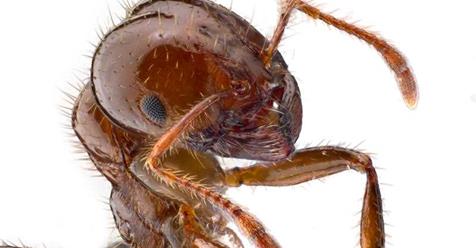 For those of you who may have been following Outline Global’s innovation in developing technology to combat the spread of the Red Imported Fire Ant (RIFA) in Queensland, you will be aware of the remarkable progress being made. Along the journey of working with Biosecurity Queensland I am frequently asked questions by people who have varied knowledge of the RIFA problem. One of the main reasons people are prompted to ask questions follows their learning of how much money and resources are being allocated to solving the problem of the spread of the Fire Ants.

During presentations of Outline’s work on the Fire Ants at forums like the www.Georabble.org it is clear that there are lots of questions and I find myself challenged to answer some of these. So, I have decided to write this blog to summarise some of the key issues and to do this I have drawn on material written by the country’s most experienced and knowledgeable expert in the field, Dr Ross Wylie (Science Leader, National Red Imported Fire Ant Eradication Program, Biosecurity Queensland https://www.daf.qld.gov.au/business-priorities/biosecurity)

Where do Fire Ants come from?

Originally from South America, RIFA are now present in dozens of countries around the world courtesy of international trade and the movement of equipment and materials from one country to the next. In many countries, the battle to contain the ants has been lost, these countries include the USA, China, Korea and many others.

The ants are thought to have arrived in Australia through the port of Brisbane in 2001. A national Red Imported Fire Ant eradication program was established that year and is ongoing. To date, the incursion of the ant is limited to 400,000ha in the greater Brisbane area.

What will this cost us to contain the Ants?

A total of A$330 million had been spent on the ants up until 2016. With the program reaching a crossroad at this point, an external review indicated that it is still within Australia’s interest to eradicate the pest. The eradication program funding was referenced in the 2019 national budget https://outlineglobal.com.au/fire-ant-program-gets-a-mention-in-the-national-budget/

If we lose the ‘war’ on Fire Ants, how will it affect me?

Before I list all the ways that the Fire Ants might affect you, let me relay a personal experience I had some years back while travelling for business in the USA. I was on a domestic flight heading into Texas and found myself sitting next to a Texan farmer (rancher). As I mentioned above, the USA has lost the war on Fire Ants and the pest is now widespread. So, I decided to ask the farmer if he had firsthand experience of the ants? He responded to me in a broad Texan drawl “Oh hell yeah”, and he proceeded to explain the cost to his ranching operations in terms of baiting, loss of grazing and additional management requirements. If one extrapolates this across the many thousands of farmers in Texas alone, one can easily see that is a very significant real and present price to pay if the Ants are not stopped, never mind the health and wellbeing aspects (both human and animal).

The list of ways the Fire Ants will affect our lives includes:

Organic growers – Loss of certification when treating ants with chemicals

Pets – the most treated category of animal presentations from Fire Ant trauma.

Health and lifestyle – this include public amenities, schools and sports fields. Arguably the most serious impact. The severity of stings ranges from local pustules or rashes to secondary infections and even life-threatening anaphylaxis.

What tools can be used to locate the Fire Ants?

There are many ways that the spread of the Fire Ants can be halted, these include;

Then there is the potential use of Artificial Intelligence (AI) and this is where Outline Global has a role to play. Outline has been conducting research into spectral signatures of the ant nests when compared with surrounding land. So basically, we are looking for the unique characteristics of Ant nests in images. To this extent, Fire Ant nests have one unique characteristic which may be exploited, this is the fact that the nests warm up under sunny condition to temperatures significantly higher than their surrounds. Outline specialises in developing bespoke custom remote sensing equipment and have developed a specialised Fire Ant camera system based on Outlines Gtech™ airborne pod technology. This technologically advanced camera system captures 7-bands of imagery simultaneously across the spectrum from Ultraviolet light to Long Wave Infra-Red (thermal). When combined into different band combinations, these images will be used to build highly specialised Artificial Intelligence algorithms aimed at identifying exact nest locations over large areas of land.

The new camera is known as the Gtech™Solenoptix (commercially branded as the Gtech™Phoenix) and has been used to capture trial airborne image data over 900ha of land where nests are present. At the same time, ground surveys of the same area have accurately identified the nest sites and, importantly, the other features in the landscapes such as cow manure, tyres, grass clumps and other non-ant nest features. This information is being used to create ‘learning’ data for development of new Artificial Intelligence systems.