” In a world first, Biosecurity Queensland will use the latest in camera technology to pinpoint fire ant nests from the air.
Minister for Agriculture, Food and Regional Economies Tim Mulherin said Biosecurity Queensland has imported highly-sophisticated aerial camera technology from the USA and combining it with cutting-edge programming developed in Australia. “This is one of the most innovative and exciting milestones in our 10-year campaign against fire ants in Australia, and brings us that much closer to eradication in Queensland,” Mr Mulherin said.

The cameras use a combination of thermal, near-infrared, and high definition imaging, and are so sensitive they will detect fire ant mounds from 500 feet in the air. The cameras will combine a range of readings to scan the ground and identify the exact location of fire ant nests. Their nests are significantly hotter than the surrounding area so they can be seen quite clearly with this new thermal technology.

The cameras arrived in Brisbane yesterday and were mounted onto a helicopter straight away. A single helicopter can check 750 hectares in just one day, proving a more cost effective and efficient tool than detection on foot.

The data is downloaded to a computer overnight and ground crews are despatched to confirm and destroy suspected fire ant nests using precise GPS coordinates.

Over the next few weeks Biosecurity Queensland will calibrate the cameras and conduct test flights to put the cameras and software through its paces, residents around Brisbane’s south western outskirts may notice a fire ant program helicopter engaged in this vital surveillance. The helicopter flies at 500 feet to minimise any disturbance on the ground.

This new technology represents a major leap forward for our fire ants response and will go a long way towards eradicating these pests in our area.

The first results from the new cameras are expected to be available in October, he said. Currently there are 118,000 hectares in the fire ant restricted area with around 560 known infested hectares. Fire ants have caused human deaths in the US through a severe allergic reaction. They can harm domestic pets and native animals and they even eat the seeds of crops, damaging agricultural production. Fire ants are a small ant, ranging in size from 2mm-6mm, coppery brown in colour with a darker abdomen and are aggressive when disturbed. They can sting repeatedly and their painful stings form blisters several hours later, which can take weeks to heal. ” 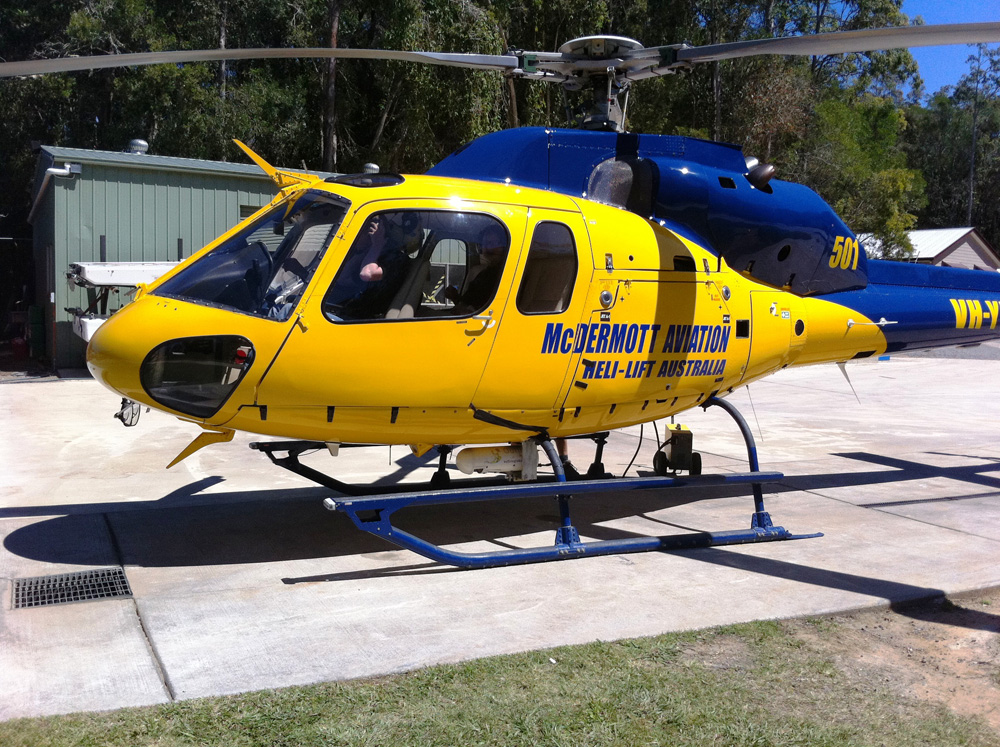